Well, for starters you found this information via social media… (Thank you Social Media).

Therefore, not all of Social Media is bad!

However, let’s just take a step back and have a look at how our lives have changed from the days of playing ‘Snake 2’ on our Nokia 3210’s and calling up our friends on their house phones, asking in our most polite voices if ‘Vicki’ was home.

(Inevitably, Vicky would be eating her dinner and her Mum would tell you that you would have to call back later!)

The beginning of Social Media

Apparently, The first EVER mobile phone was created in the 70’s (which looked like a small toaster) however the regular joes of this world didn’t start owning them until a while later.

When the 80’s hit, some of us had a computer in the house. 90’s and beyond social media began forming; more so via ‘instant chat’ and newsletters. There’s a huge debate over what the first social media platform actually was, however, I personally remember ‘Myspace’ and MSN chat around the 00’s when I was in high school.

Believe it or not, Facebook only became available in 2006!!

With all that time where we weren’t scrolling or looking at cat videos!

Actually, I do know what we did before, we walked all the way over to people’s houses, knocked on their doors and asked if they wanted to hang out! It was much harder to connect with people so we made the most of it while we were there. Totally present– going to the cinema, bowling or to the park.

However, on the reverse, we lost contact with super cool people we’d met on holiday because we lost their home phone number or email address!

Of course, there are pros, small businesses are getting more reach, families who are separated by distance can connect via facetime, Charities and good causes can get far more awareness and funding than ever before.

Let’s be real here. (Unlike half the people you follow in Insta) The story you SEE is not the story that IS.

Why is this relevant?

Like the adverts you watch on TV, what is visible to you via social media has been planned out and thought about.

For example, capturing the perfect yoga pose is actually a total pain in the ass. Getting a perfect ‘wheel pose’ on the beach…

When you practice yoga, you are most likely, BY YOURSELF!!

Who took that photo?! The photo doesn’t show someone balancing the phone for 10 minutes against a bag and the 12 attempts to get the angle right before the phone falls down! (I’ve done it, I’ve been a sucker to social media!)

When you are having an amazing time with your friends you often don’t have your phone in your hand. When you are deliriously in love, you don’t care about who sees and who doesn’t, because all that matters is each other.

The pressure that people now feel to be looking/feeling/doing the things that we are seeing on peoples perfectly designed Instagram stories and Facebook news feeds have increased at an alarming rate.

There’s little to no information on the truth behind the façade.

What you are looking at, is marketing. Really good marketing.

Very few people are going to advertise their worst moments. When they look like crap, their arguments; when things go horribly wrong. The imagery that is being presented to you is like an advert for a big company trying to sell a product.

Don’t be fooled, and don’t compare yourself to the advert, it’s not real.

I challenge you to detox from comparison. If you can’t tear yourself away from social media, just take a step back and imagine how that photo was taken, or take a mental note that the photo or video represents the highlights, not the parts of the day that sucked or the times that were difficult. Most the photos are photoshopped, women aren’t even looking a normal size anymore – they are tucked in so much so that their waists are the size of a flower vase half the time and it looks as though their organs don’t fit inside their bodies!

Legs and arms have been taken in so much by these apps that it scares me, it’s becoming the norm. People are comparing and striving to reach something that is simply not a reality.

Your life is beautiful.

The good days, the bad days – the days you didn’t wash your hair and the days you ate pizza instead of having a green smoothie. The days you did no exercise and had a glass of wine because you had a big day. That’s OK!

The picture you never took because you were having too much of a good time and were fully present.

That moment uncaptured is arguably far more beautiful than the ‘perfect photo’; that actually took 9 attempts to capture and multiple edits on Photoshop to get ‘Insta-ready’.

YOU ARE BEAUTIFUL. The quirks and individuality of your body. The parts of you that make you, YOU.

When you take away the comparison, your life is your own story, written in your own time with only you as the reader to impress. The pace you are choosing to write your story at, the content, the highs, and the lows.

They are all your own and your journey is beautiful.

Why am I STRESSED? How to RELIEVE STRESS and take control!

ABOUT ME & MY MISSION 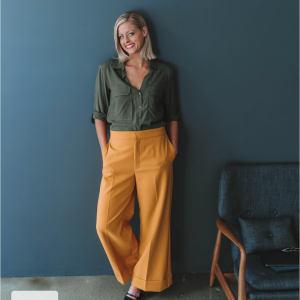 Blogging about how to balance career success with health, wellness and fitness goals. Time management, planning, taking back your control and ultimately creating the life you want. I’ll be sharing my experience and successes within the corporate world, as well as my ongoing and developing yoga and fitness practices. My mission is to assist others who aspire for career success as well as health, wellness, and personal growth. The art of mastering work-life balance. Read More…

Get the Work Outfit Bible Guide

How to win clients and keep them